The price of Bitcoin (BTC) rose 20% on Jan. 12 from $30,500 to around $36,600 across major exchanges. But while the rebound after the correction has been strong, there are two warning signs. 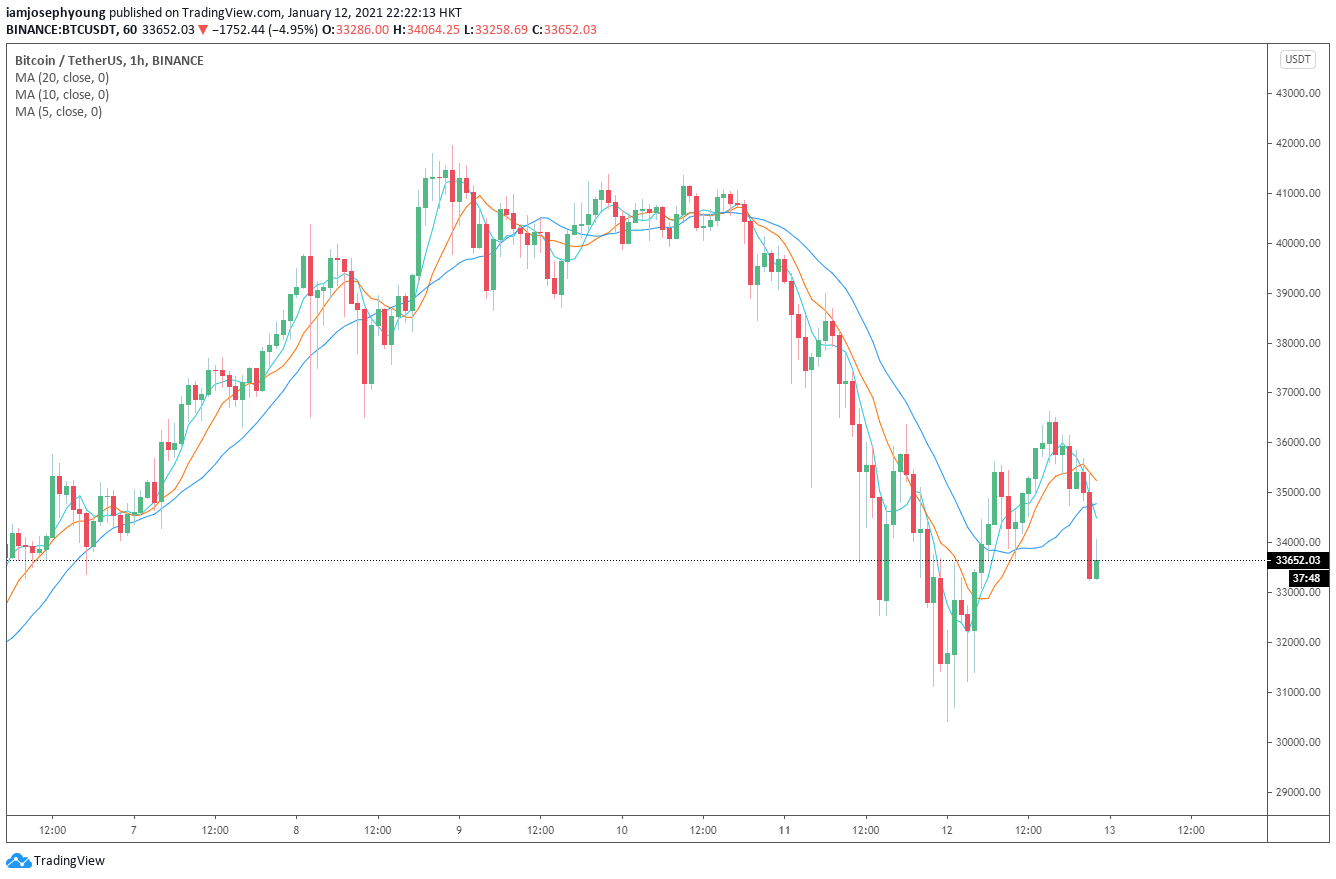 For example, if there are fewer short-sellers in the market, then buyers have to pay short-sellers a fee every eight hours. If the funding rate is high, it means buyers are paying sellers.

Second, the U.S. dollar strength index (DXY) is beginning to recover, which could be a bearish sign for Bitcoin and gold.

What comes next after the drop and the recovery of Bitcoin?

According to Julien Bittel, a multi-asset fund manager at Pictet Asset Management, the U.S. dollar is “very oversold.”

The dollar has continuously declined since the pandemic began in early 2020, struggling to compete against other reserve currencies, like the Japanese yen.

The uncertainty around the election and the stimulus further led to the underperformance of the DXY throughout 2020.

Bittel said that the dollar is now looking oversold and the dollar’s momentum could strengthen in 2021. He wrote:

“The dollar is looking very oversold. I still think a stronger dollar will be a key theme to watch out for in 2021. Speculators are back to being near record short DXY as a % of total OI. The current drop in DXY looks very similar to the one from 03/17-02/18. This analog would suggest a base could be in place by late Q1 2021.”

The positive outlook of the dollar poses a risk to Bitcoin’s momentum because alternative stores of value are priced against the dollar.

Hence, if the dollar begins to rally, both gold and Bitcoin could see a potential pullback, particularly after a strong quarter.

Atop the rising dollar, the high funding rate of the Bitcoin futures market is an issue in the short term.

A high futures funding rate is not necessarily bad in itself. But, if the price of Bitcoin declines while the funding rate remains high, it could raise the probability of a correction.

The combination of the dollar’s momentum and the overheated derivative market make a pullback more likely in the near term.

Lack of stablecoin inflow is another concern

Ki Young Ju, the CEO of CryptoQuant, said that a “second dumping” could occur, as seen on Jan. 11. He stated that miners are selling with no stablecoin inflows, which is a problematic trend. 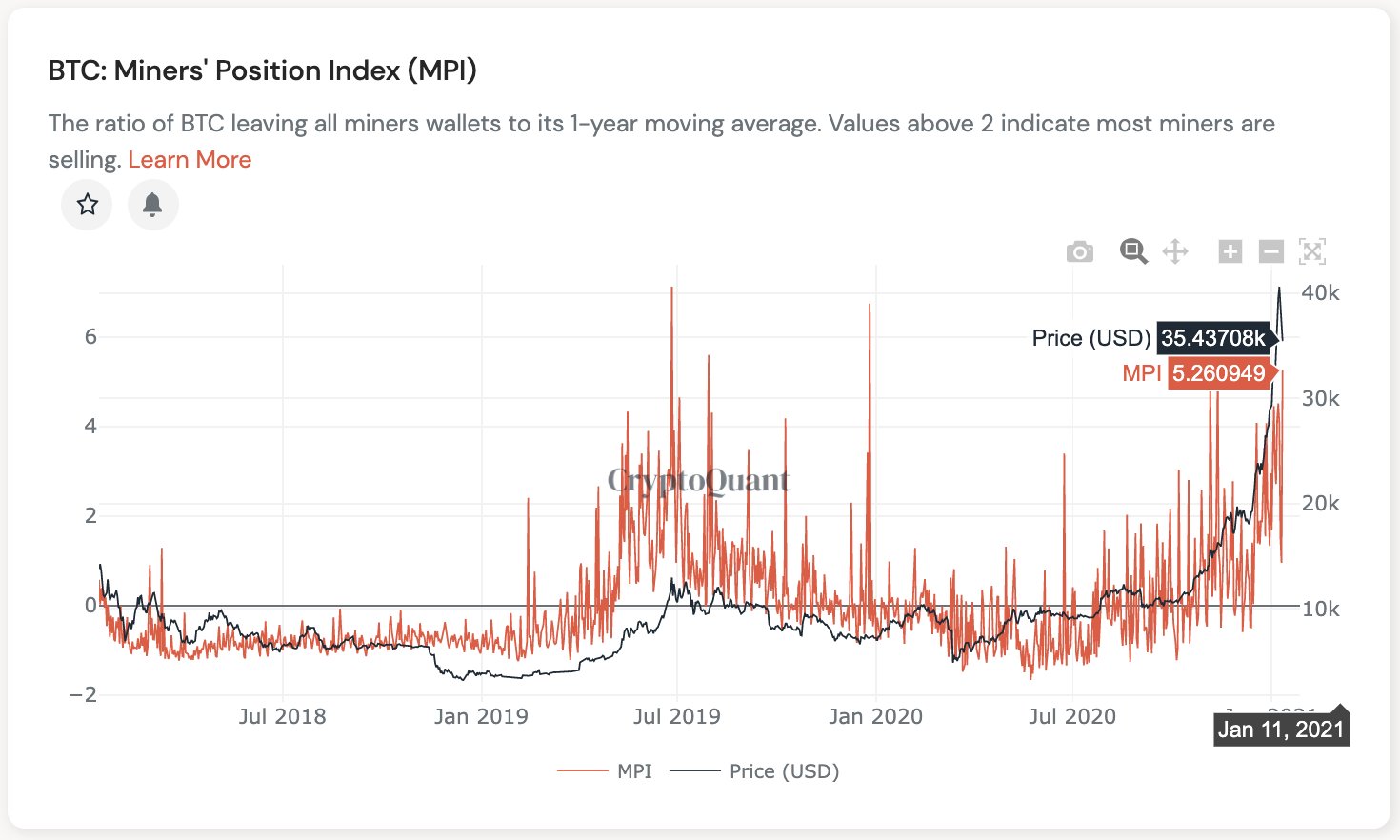 “Nothing has been changed since yesterday. Miners are selling, no significant #stablecoin inflows, no #Coinbase outflows, and 15k $BTC flowed into exchanges since yesterday. We might have second dumping.”

In the foreseeable future, the ideal scenario for the bullish traders would be to wait for the funding rate to neutralize and stablecoin inflows to increase.