Bitcoin (BTC) and cryptocurrencies look nothing like the Tulip Mania of the 17th century even after their rapid gains, one macro investor says.

In a tweet on Feb. 15, Dan Tapeiro, co-founder of 10T Holdings, argued that in terms of price relative to average income, Bitcoin and Ether (ETH) still have a huge way to go before challenging tulips.

Bitcoin vs. tulips: There’s no comparison

Tulip Mania was a brief but intense speculative bubble in what is now the Netherlands that lasted only a matter of months between late 1636 and February 1637.

While only impacting a tiny section of the economy, at its height, a single pound of bulbs cost a reported 1,500 guilders — roughly equivalent to four years’ salary for a skilled carpenter. The implosion, which had unknown origins, caused a 90% price drop.

Bitcoin naysayers frequently compare bull runs in the cryptocurrency to Tulip Mania, arguing that the two assets’ “intrinsic value” are essentially all but absent and speculation rules the market.

In terms of raw numbers, however, BTC/USD hardly trades at ten times the average salary in the United States, Tapeiro says.

“No mania in #bitcoin yet,” he summarized.

Twelve years on, Bitcoin has already outlasted both Tulips and the South Sea Company speculative bubbles.

A $320,000 price for Bitcoin lies beyond most estimates of near and mid-term price potential. 2021, according to the popular and hitherto accurate stock-to-flow-based price models, should produce either an average $100,000 or $288,000 per coin.

Even should the mythical tulip level hit, Bitcoin is already heralded as a revolution in money, arguably better at performing the job of store of value than gold itself.

Bitcoin’s scarcity versus gold, and of course tulips, also allows it to function as a solid store of value regardless of how high its price becomes and how many people invest in it.

“There’s no such thing as being ‘too late’ to #bitcoin, it’s going to pump forever,” Pierre Rochard, Bitcoin strategist at major U.S. exchange Kraken said on Monday.

“Why? Because even at 100% adoption (currently 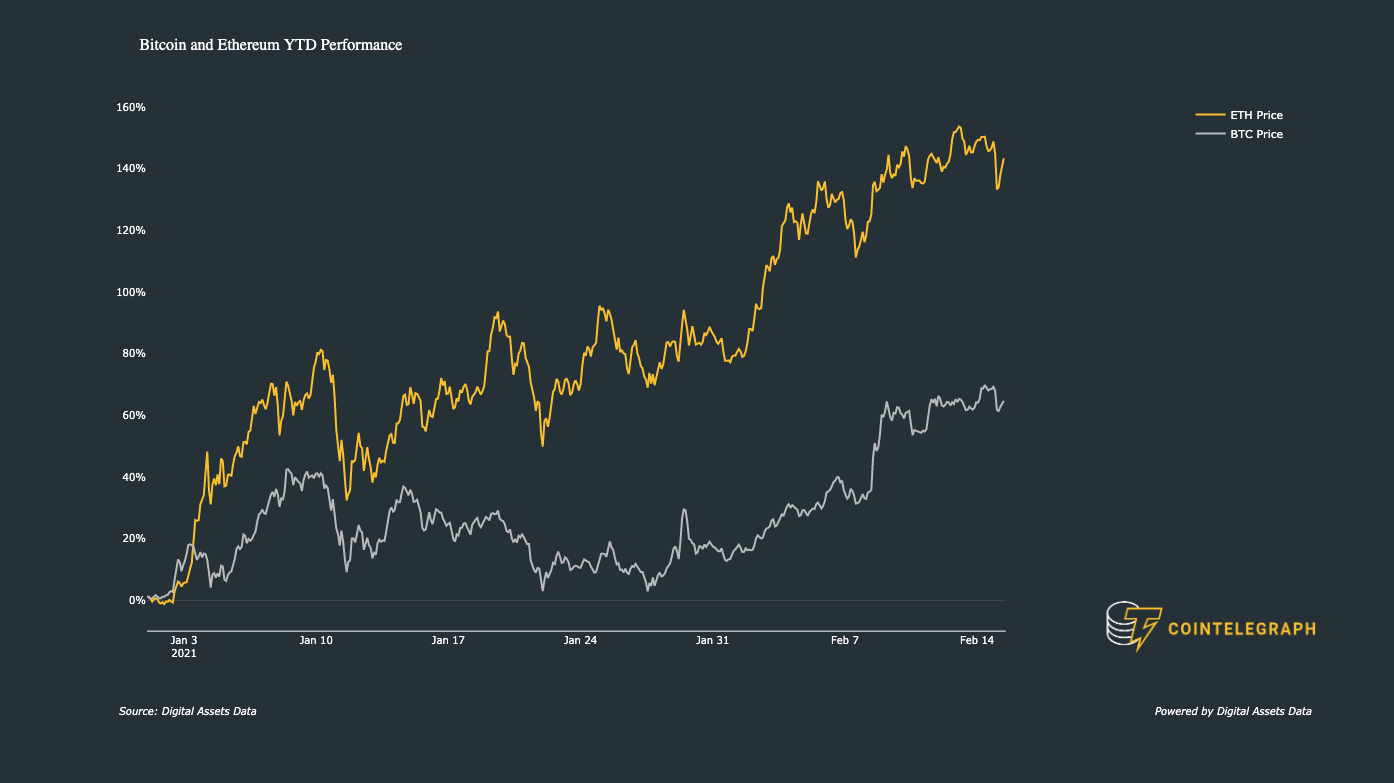 Polkadot (DOT) gains 42% ahead of its long-awaited parachain auctions

Get Your Own Bamboo Tokens and Join the DeFi Zone

US crypto regulations will return Bitcoin to its digital cash origins