The total cryptocurrency market capitalization is back above the $1 trillion level as Bitcoin (BTC) bulls pushed the price back to $40,000 on Jan. 14. 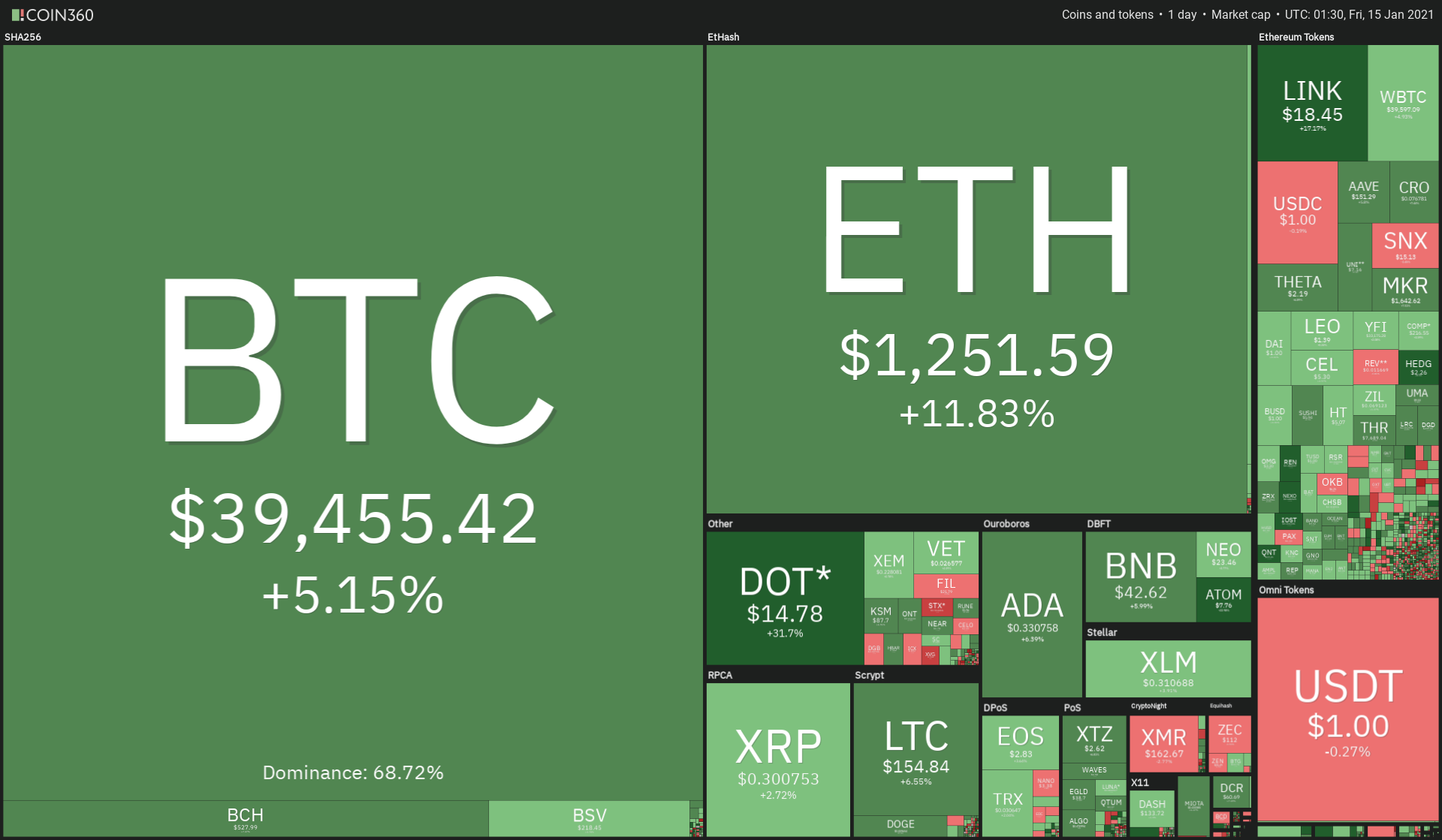 Bitcoin price rallied to $40,099 in the early trading hours on Jan. 14 according to data from Cointelegraph Markets and TradingView before pulling back to $39,500. This marks a rapid turnaround from the recent drop below $31,000 and shows that professional and retail traders are keen to see BTC price rise higher despite this week’s massive $1.5 billion liquidation.

Establishing $40,000 as support is an important psychological level and a key support that traders are watching. If traders are able to flip the level to support, then extension toward $45,000 is the line of thinking followed by many traders. 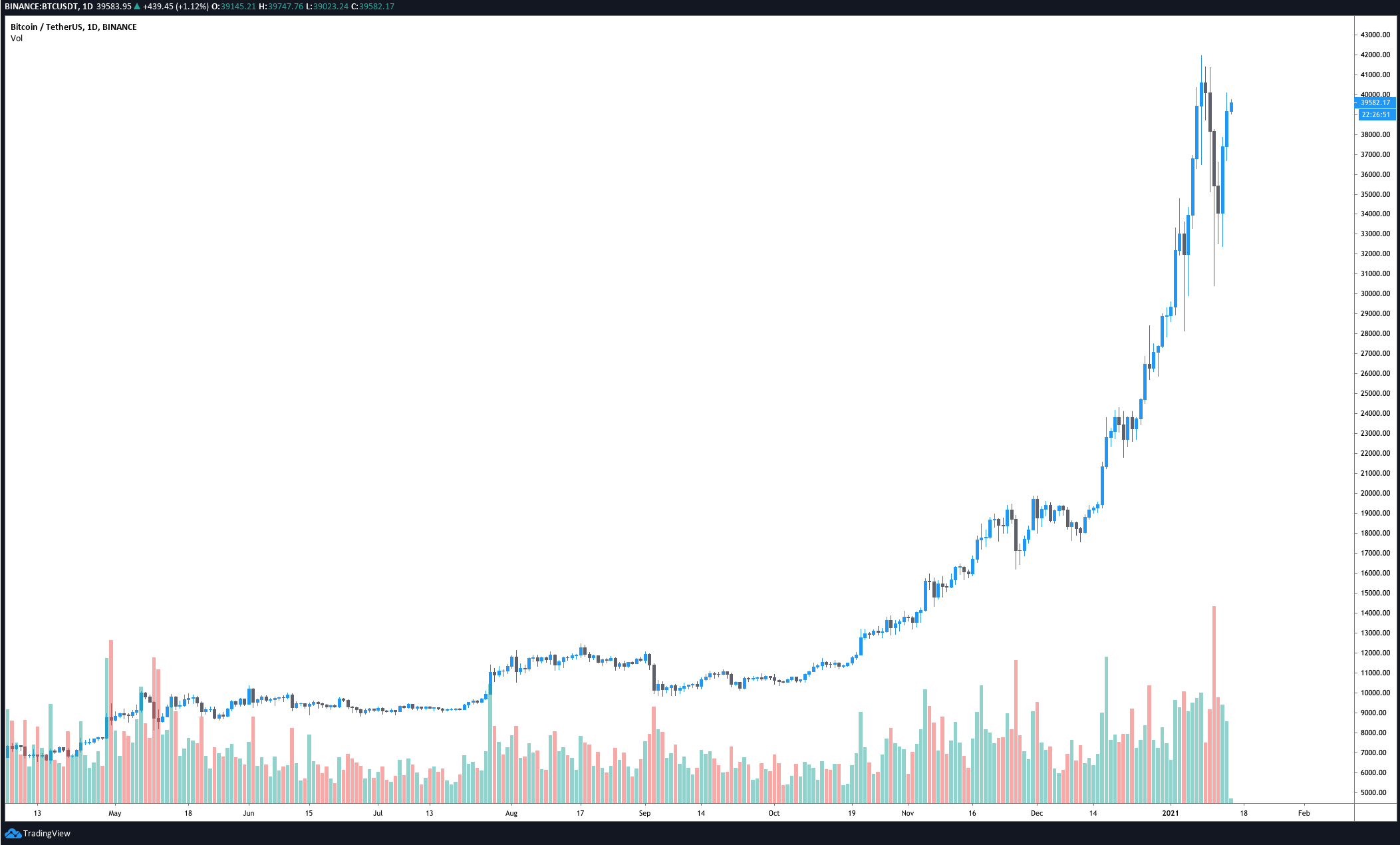 While the previous rally above $40,000 was driven in part by a flurry of buying from retail investors, Guy Hirsch, the managing director for eToro’s U.S. wing sees institutions as the driving force behind the current rally. According to Hirsch, it “wouldn’t be a surprise to see a new all-time high during or even before this coming weekend.”

“The smart money never stopped allocating to Bitcoin even as the late-stage retail traders that helped enable the last rally to push above $40,000 were largely shaken out. Now momentum is clearly bullish again, and price action is reflecting this sentiment.”

While Bitcoin’s recent price volatility has given some of the newer institutional investors a cause for a pause, the more seasoned of the financial powerhouses bought the dip from the weak hands, taking full advantage of the sharp downturn.

Noticeably, it’s not just BTC that is receiving institutional attention as the current market cycle progresses. Denis Vinokourov, head of research at Bequant, sees the growing trend as a positive development for the entire cryptocurrency ecosystem.

“Open interest on Bitcoin futures may be on a relentless surge higher, but this did not prevent capital from also flowing into altcoins and relevant derivatives products. This, in turn, suggests compartmentalization, targeted asset allocation, and further maturation of the broader market.”

As reported by Cointelegraph, since BTC’s drop on Jan. 11 some of the more prominent figures in the space have been more bullish than ever and are likewise calling for Bitcoin to reach a new all-time high in the near future.

Decentrader founder filbfilb said, “The immediate future for the top cryptocurrency is “50/50 as to what happens at this point.” A move above $40,000 will establish a new support level at which point “retest of the all-time high is very likely.”

In a private conversation with Cointelegraph the analyst stated:

Regardless of what happens, the analyst sees $40,000 as a “key pivot point which will dictate the next couple of weeks.”

Bitcoin is discounted near its ‘realized’ price, but analysts say there’s room for deep downside