Calls for Bitcoin (BTC) to rally above $40,000 were dashed as the top cryptocurrency hit a wall of resistance which sparked a sell-off in the early trading hours.

Data from Cointelegraph Markets and TradingView show the price of BTC fell as low as $34,368 before rebounding to its current price of $37,300.

It’s possible that the excitement surrounding the announcement of a $1.9 trillion stimulus bill from the incoming Biden administration quickly morphed into a buy the rumor, sell the news event as questions begin to emerge on the feasibility of parts of the bill. 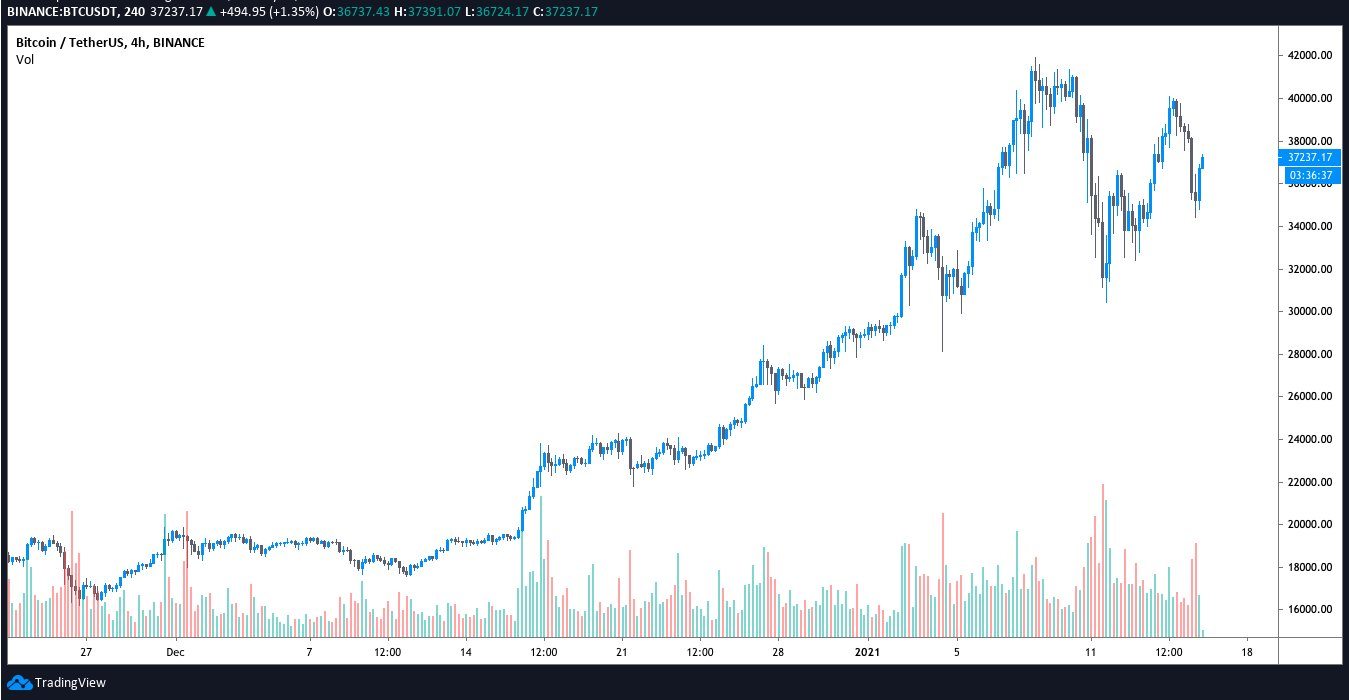 Bitcoin’s dip also comes after renewed criticism from global regulators as European Central Bank President Christine Lagarde recently stated that the top cryptocurrency is “totally reprehensible money laundering activity.” This was followed by an announcement on Jan. 15 that a British financial advisor has petitioned the U.K. Government and Parliament to ban cryptocurrency transactions.

Tough words from government officials weren’t the sole cause of the downturn in the cryptocurrency market as a scan of the global financial markets shows signs of mounting pressure.

The S&P 500 and NASDAQ faced pressure from the opening bell and finishing the day down 0.72% and 0.73% respectively. The Dow managed to push back against bears to close the day up by 0.3%

Despite increased sell pressure across the market, several altcoins showed strength. Chainlink (LINK) experienced a surge overnight and currently trades at $20.50, up 13.9% in the 24-hours. Cosmos (ATOM) has gained 21.62% and trades at $7.81.

Meanwhile, Ether (ETH) has faced the same pressures as the broader Bitcoin. At the time of writing the top-altcoin is down 4.8%% and trades for $1,172.

Bitcoin held by public companies has surged 400% in 12 months to $3.6 billion

How the most popular Bitcoin price prediction models fared in 2020