Bitcoin (BTC) mining difficulty is set to rise by roughly 11% on Jan. 9, according to data from BTC.com. This marks the biggest increase in nearly four months that will put the metric over 20 trillion for the first time ever.

“Hashrate is on a tear!” commented popular pseudonymous Bitcoin trader hodlonaut three days ago. “When difficulty readjusts in 3 days, it will crush through 20T for the first time in Bitcoin history.”

The network difficulty is a relative measure of how hard it is to mine a new block for the Bitcoin blockchain.

With the hash rate currently at record levels at around 148 EH/s, the difficulty adjustment, which occurs every 2016 blocks, makes sure that the time between blocks mined remains 10 minutes on average. 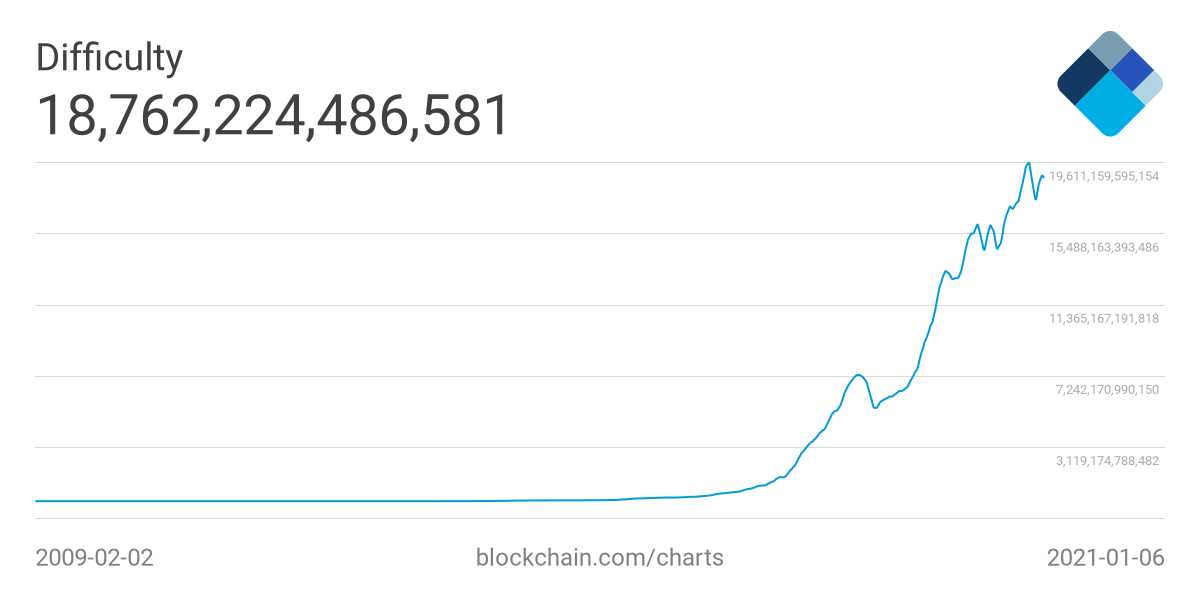 Meanwhile, simultaneous rising hash rate and mining difficulty suggest that miners are continuing to allocate a record number of resources to secure and invest in the network.

Since the halving in May, the total outflows of BTC from miners have been gradually decreasing on average — the opposite of BTC/USD. Hence, miners are still showing no signs of major selling despite the price of Bitcoin skyrocketing to over $41,000 in the past week.

What’s more, the Miners Position Index (MPI), which calculates the ratio of BTC leaving all miners wallets to its 1-year moving average, is currently at 4.5. Values above 2 indicate most miners should be selling.

This suggests that miners aren’t eager to part with their freshly-minted BTC at the moment, particularly as exchange BTC reserves plummet and the price is in a strong, accelerating uptrend.

Thus, it may make sense for some miners to hold their inventory and benefit from the accelerating bull market that may last into December 2021, according to some predictions.

Meanwhile, concerns of a “mining death spiral” continue to be disproven with every new network record as Bitcoin network fundamentals appear stronger than ever. Overall, Bitcoin miners seem to be in a financially secure position from a rising BTC price, remaining financially secure even though it has never been harder to mine BTC.

Currently, each BTC block mined is worth roughly $253,600 with around 9.44% coming from network transaction fees, according to the latest data from Clarkmoody.

What is Solana, and how does it work?