Across major futures exchanges, including Binance, Bybit and Bitfinex, the funding rate of Bitcoin has dropped to 0.01%.

The Bitcoin futures funding rate was consistently above 0.1% throughout the entirety of the rally from the $40,000s to $58,000. 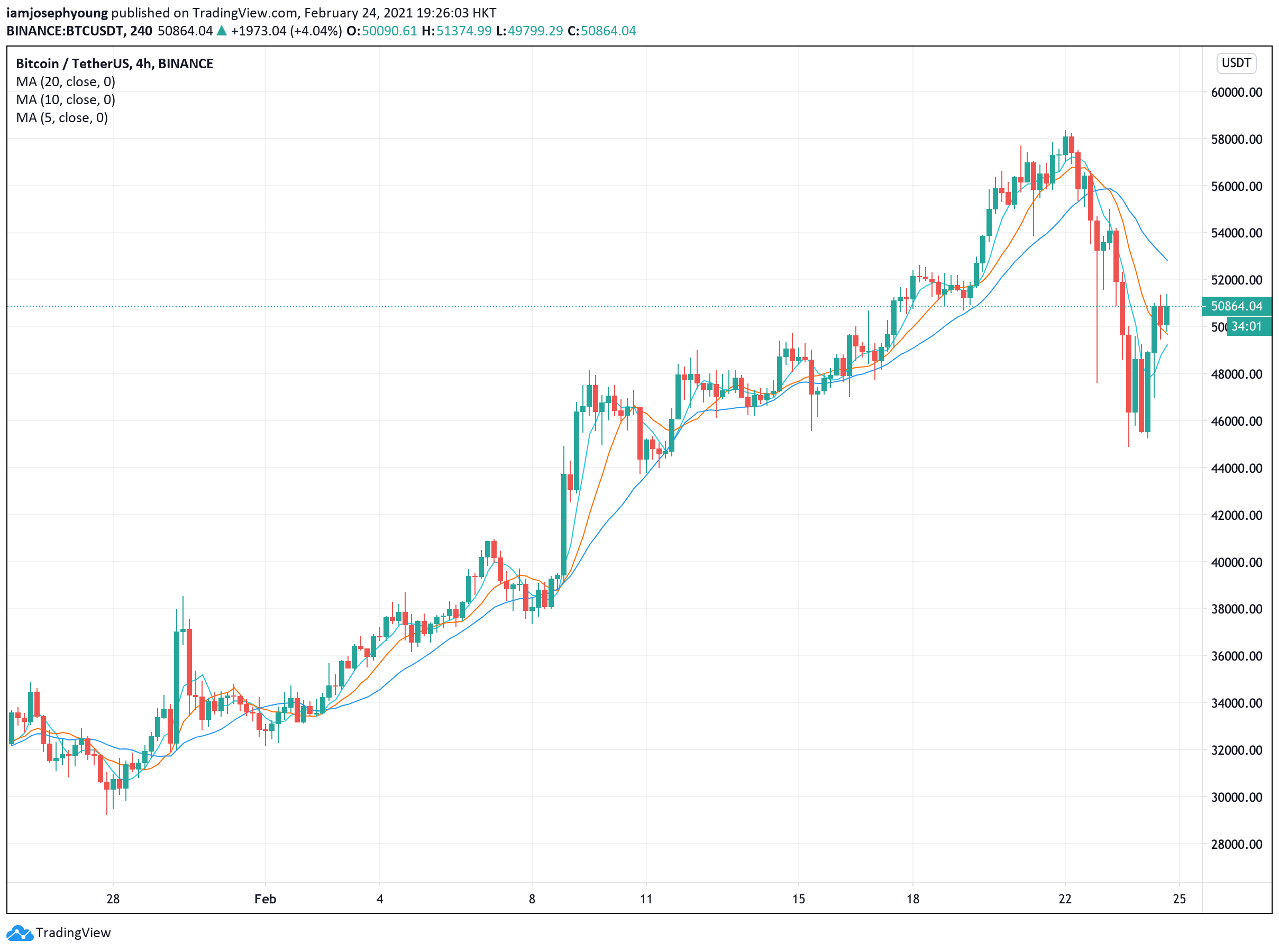 When the futures funding rate is high, it means the market is overcrowded with buyers and the rally likely overextended.

This creates a major risk of a long squeeze, which can cause the price of Bitcoin to drop quickly in a short period.

With the funding rate back to 0.01%, the risk of a long squeeze is significantly lower and if a new uptrend ensues, the rally could be more sustainable.

Square buys $170 million worth of BTC

“We believe that bitcoin has the potential to be a more ubiquitous currency in the future. As it grows in adoption, we intend to learn and participate in a disciplined way. For a company that is building products based on a more inclusive future, this investment is a step on that journey.”

The additional purchase of Bitcoin by Square carries a significant meaning because it shows that the company is confident in BTC over the long term.

The price of Bitcoin is substantially higher than where it was in August of last year, which indicates that as its price rises, the confidence from institutions also increases.

John Cho, the director of global expansion at GroundX, said:

“We were expecting it, but didn’t think it’d come this soon or this fast. A solid bounce from here would be ideal; but some potential retracement support regions I’m watching. My bias is towards the 40-41k region as it would fulfill a 30% correction from ATH.”

Bitcoin price has recovered above $50,000 since, and that could have reduced the likelihood of a bearish retest and the potential for more downside.

In the near term, if Bitcoin continues to remain above $50,600, which has turned into a support area, the probability of a rally toward the next resistance level at $56,000 rises.

Lastly, such corrections are quite normal for a Bitcoin bull market cycle, as Cointelegraph previously pointed out. In fact, they were commonplace during the 2017 bull market, which had nine major pullbacks between 20–40%. But despite these reoccurring “severe” corrections, the price of Bitcoin still increased by 20 times from its previous all-time high during that year.